Publications
Article
Russian Association of Statisticians: Filling the Gaps in the Education Chain

Have you spotted a typo?
Highlight it, click Ctrl+Enter and send us a message. Thank you for your help!
To be used only for spelling or punctuation mistakes.

Ekaterina Svirina took part in the World Economic History Congress - 2018, held from July 29 to August 4, 2018 on the territory of the Massachusetts Institute of Technology in Boston, USA.

At the World Economic History Congress Ekaterina presented two papers within two sections. On August 2, the expanded session "The Variety of Exchange and Character of Money" was held, at which the paper "The Variety of Money in Siberia in the 18th and 19th Centuries", revised after the Paris workshop, was presented. During the session the participants continued discussion on the possibility of using two binary characteristics to explain historical examples of the use of various means of exchange. On August 3, a presentation "Small change of the Russian Empire in the 18th-19th century" was presented for the first time at the session "Small Change in a Global Context:" Fractional Currencies "or" Minor Coins "? Based on the results of the session, a plan for a joint international scientific project on the role of small money in the monetary system of the state was formed. The first concept of the project will be discussed at a joint seminar in Paris in March, 2019. The speech at the World Congress on Economic History - 2018 was carried out within the framework of the "Science Foundation of the National Research University Higher School of Economics" program

Deputy Director of the MISO, Ekaterina Svirina took part in the international workshop “The Variety of Exchange and the Character of Money”, which was held on the 17-18th of May, 2018 at the Ecole Normale Supérieure, in Paris.

The workshop was a pre-discussion platform of main session of the World Congress on Economic History, to be held on August 2 in Boston. The main purpose of the round table was to discuss the hypothesis of the existence of two binary characteristics (anonymous / not anonymous, with intermediaries / without intermediaries) that determine the choice of means of exchange - money - in trade in the historical context. The hypothesis was tested on the example of different territories and periods: Argentina (2003 - 2004), Siberian region of the Russian Empire (XVIII-XIX centuries), colonial Africa (XXth century), Great Britain (XVII-XIX centuries), China (XX century) and Japan (XX century).
Workshop link http://www.ens.fr/agenda/variety-exchange-and-character-money/2018-05-17t110000

MISO managers and representatives of the Institute Louis Bachelier and the Ecole Normale Supérieure met on the 16th of May 2018, in Paris.

The meeting was devoted to the discussion of the cooperation issues on the joint conduct of an international study on historical statistics. One of the research areas of the Institute Louis Bachelier is the study of economies in transition, which is thematically consistent with the IISE research project on comparison of changes in living conditions in the republics of former USSR and countries of Eastern Europe over the last 50 years. 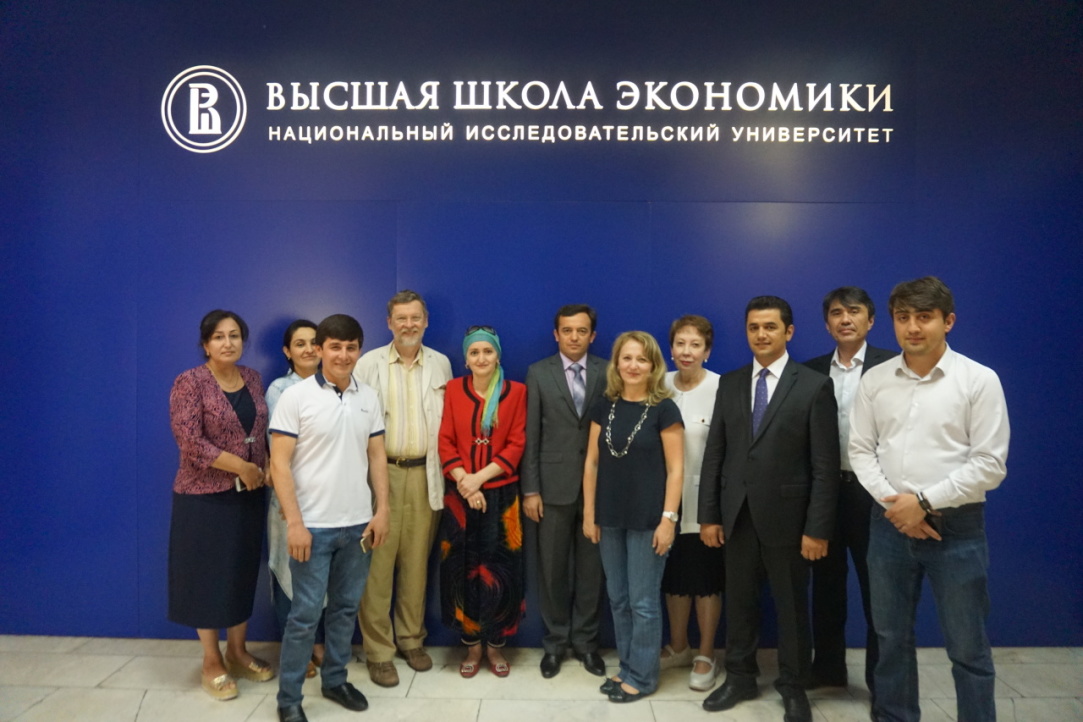 On the 29th of September, 2017 the training of the staff of the Agency for Statistics under the President of the Republic of Tajikistan was completed.

International Institute of Professional Statistical Education participates in the World Bank project of training the statisticians of the Republic of Tajikistan.

Associates of MISO and the Statistics and Data Analysis Department, FES, Participated in the Meeting with Representatives of the National Bureau of Statistics of China on September 11, 2015.

The event was arranged for by the Russian Association of Statisticians (Russian public organization) and the Financial University under the Government of the Russian Federation.